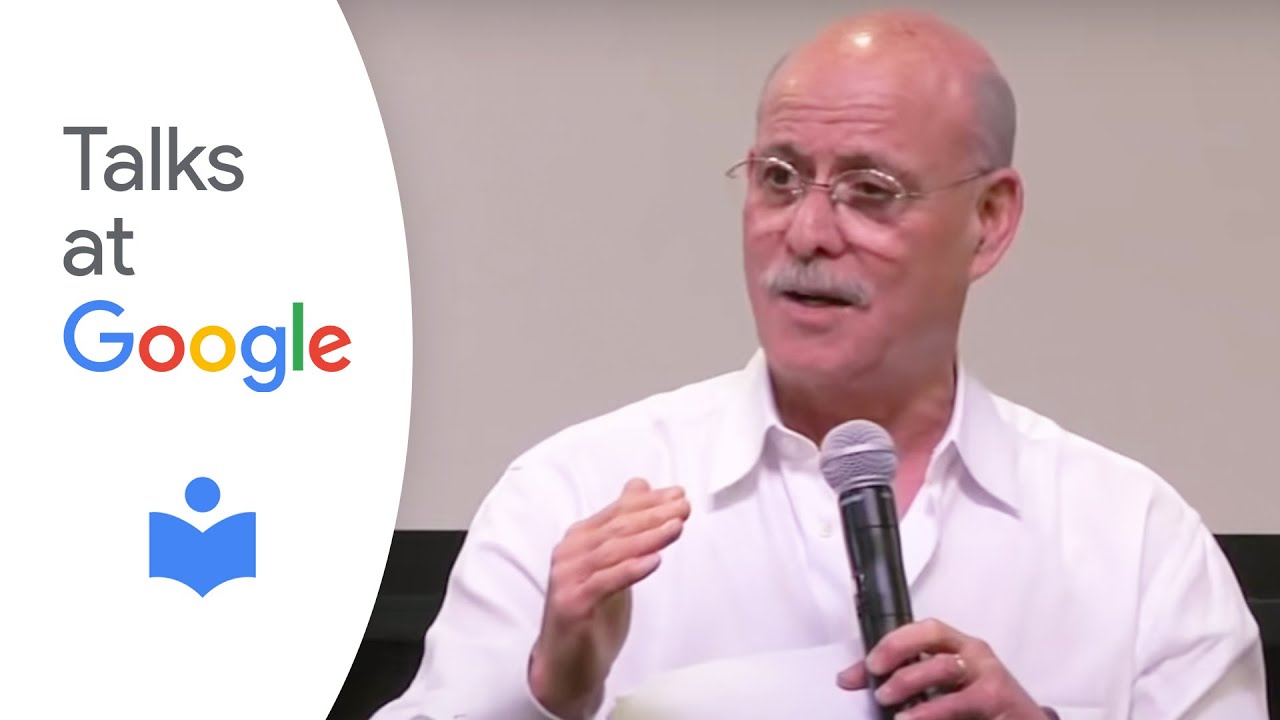 In The Zero Marginal Cost Society, New York Times bestselling author Jeremy Rifkin describes how the emerging Internet of Things is speeding us to an era of nearly free goods and services, precipitating the meteoric rise of a global Collaborative Commons and the eclipse of capitalism.

Rifkin uncovers a paradox at the heart of capitalism that has propelled it to greatness but is now taking it to its death—the inherent entrepreneurial dynamism of competitive markets that drives productivity up and marginal costs down, enabling businesses to reduce the price of their goods and services in order to win over consumers and market share. (Marginal cost is the cost of producing additional units of a good or service, if fixed costs are not counted.) While economists have always welcomed a reduction in marginal cost, they never anticipated the possibility of a technological revolution that might bring marginal costs to near zero, making goods and services priceless, nearly free, and abundant, and no longer subject to market forces.

Now, a formidable new technology infrastructure—the Internet of things (IoT)—is emerging with the potential of pushing large segments of economic life to near zero marginal cost in the years ahead. Rifkin describes how the Communication Internet is converging with a nascent Energy Internet and Logistics Internet to create a new technology platform that connects everything and everyone. Billions of sensors are being attached to natural resources, production lines, the electricity grid, logistics networks, recycling flows, and implanted in homes, offices, stores, vehicles, and even human beings, feeding Big Data into an IoT global neural network. Prosumers can connect to the network and use Big Data, analytics, and algorithms to accelerate efficiency, dramatically increase productivity, and lower the marginal cost of producing and sharing a wide range of products and services to near zero, just like they now do with information goods.

Rifkin concludes that capitalism will remain with us, albeit in an increasingly streamlined role, primarily as an aggregator of network services and solutions, allowing it to flourish as a powerful niche player in the coming era. We are, however, says Rifkin, entering a world beyond markets where we are learning how to live together in an increasingly interdependent global Collaborative Commons. –macmillan.com

About the Author: Jeremy Rifkin is the bestselling author of twenty books on the impact of scientific and technological changes on the economy, the workforce, society, and the environment. He has been an advisor to the European Union for the past decade.

Mr. Rifkin is a senior lecturer at the Wharton School’s Executive Education Program at the University of Pennsylvania where he instructs CEOs and senior management on transitioning their business operations into sustainable Third Industrial Revolution economies.

This Authors@Google talk was hosted by Boris Debic.

F0R3CA5T EVERYTHING With Nate 2 weeks ago

the problem with 'zero marginal cost' is that it's temporary until a premium is incurred to as for something that is invented to redefine quality rather than quantity.
The object is scaling is to equalize the burden of production across the broader market size.. This theory is all burdened by the fact that the more people, the more demanding consumption, which competes with the Gates Foundation school of thought and recent dissertation from Michael Moore.

I'm sorry to say that but now in 2021 weekend see that E. ON has been investing in battery storage systems around the world for a number of years, which means when in 2014 video, you said that E-on is going to go yet they do not leave the market but Rise Up in the new Horizons business because they have already be capital and great people behind their business.

So Mr Jeremy Rifkin don't make statements we have deep thinking and use your intuition.

Anyway altogether you had a great talk delivered thank you very much.

they photo shopped many of Donald Trumps photo's to make him look mean,
Social media users have been sharing a video of Democratic
vice-presidential candidate Kamala Harris @5oPg saying that anti-racism
protests will not and should not stop, claiming that it shows she
supports Black Lives Matter riots. Black Lives Matters is racist
statement, BLM now runs our country under Kamilla Harris and Joe Biden,
BLM and Antiva said "your right we are not here for Blacks, we are here
to kill American's" depopulation continues, BLACK LIVES MATTERS NOW
RUNS OUR COUNTRY, OUR VOTES DONT COUNT AT ALL, THEY STILL RIGGED FOR
JOE, OUR US GOVERNMENT IS GARBAGE @j_I4

Wtf is this insane garbage?

Isn’t the deal with 3D printing (last question) that even though it’s a higher marginal cost than traditional manufacturing, you don’t have to completely reconfigure the manufacturing line to produce a different product? I thought that was the main driver of marginal cost reduction for an entire plant.

Sounds like the "internet is not a big truck" guy

This guys on a brain washing mission

6 years ago, I guess they were thinking that climate change will happen around 2060. Hello from 2020, we are in the edge of the disaster.
This is what exponential means.

So it all depends on google and its ceo

Probably the most important video you will see in the next year.

Ronzig the Wizard 2 weeks ago

That all sounds great BUT the corporate elite will never allow it to happen. Instead of a co-operative distribution system the corporate elite will utilize the internet of things to enslave the global population. BEFORE this utopian new world can ever be allowed to defeat capitalism the people of the world will have to crash the capalist system and take back their governments which are now completely controlled by that corporate elite.

AT the 30:30 sec point on the Video. This will transform the Architectural and Constriction industries environmental pollution once and for ALL

Rifkin reminds me of the late Jacque Fresco, who developed a social system alternative called a Resource Based Economy. It is the ONLY well-thought out, detailed alternative social system that can provide a high standard of living for ALL humans and maintain environmental sustainability via intellgent resource management, which is grossly not done in today's capitalist system.

Watching this while taking my 1 hour long shower after eating my awesome hamburger while in the living room, the tv is on on HBO.

– this is a prophecy ! unbelivable insight !

Wow, this guy is saying at least 2 contradicting lies in every sentence and people are still listening to him. The guy can sell fridge to polar bear for free and make a profit.

@18:45 – Hmm… that prediction about "all the major automakers" coming out with fuel cell vehicles "in the next few years" didn't age well. OTOH, the EV revolution is well underway in December 2019, so the larger point about the changing economy still stands. Interesting talk.

EDIT: Btw, it's interesting to note that 2014, the year of this talk, is also when Tony Seba's "Clean Disruption" was published.

Why is he calling it 3rd industrial revolution? It´s the fourth! This is a way to create a global private control grid, world governance scheme run by the wealthiest of the world. End of nations, end of private property, end of democracy. I won´t be apart of this scam!

https://youtu.be/sh96VMmtYks
Now you all know the truth

This guy is a Shill for Capitalists. The Commons Theft was done by the Rich.

Businessmen always pursue a Zero-Payroll solution; hence technology – only for the Greedy.

Rifkin is a naive economist bedazzled by technology – of course, Google are pushing this.

The Internet of Things is a techno Gimmick that needs the 5G cancer-causing network.

The same as year 1917, when the October Revolution started. Jeremy Rifkin is not delusional he is evil to promote communism as something good… Wake up, people! https://www.youtube.com/watch?v=wccJAt-bCew

Is he an idiot or a killer?? People think a little !!

some great ideas for sustainability articulated in a very positive manner. gives me hope.

That video is a pure gold!!!

So if nobody has jobs to purchase the things hes talking about that will be produced at zero marginal cost how can the companies profit? How can society continue on, unless everything that we buy and sell is free?

Funny 4 years on and Eon is bigger than ever. The reason? Big corporations forced the government to cut the amount made from the feed-in-tarrif!!! Worst of it yet… they then hiked the fuckin prices of energy up. Talk about a disgusting monopoly.

It annoys me that this guy is talking about socialism but doesn't seem to realize it because he thinks socialism is when the state does things. I mean for fucks sake the paradox of capitalism he talks about isn't previously undisclosed, it's literally what Marx talked about.

This lecture (and these ideas) should be compulsory in all schools and all boardrooms of America. The rest of the world get it! China- communist controlled unbridled capitalism.
COMPARE: Chinese leader reads Rifkin, in English, and in weeks- orders $80 BILLION to change the direction of the country. US leader, can't even recognize a Japanese from Chinese character, and DOESN'T even read – IN English! (much less give a damn about the direction of the world, or climate change, or anything else but golf and himself! … Sad! 🙁

Absolutely love this guy, what an amazing thinker. It gives me so much hope over this current dystonia neo-capitalism brutality we are currently experiencing.

NWO. FASCISM NOTHING ELSE

Telecom
3 weeks ago
8
8
Which Country Do You HATE The Most? | SCOTLAND

Which Country Do You HATE The Most? | SCOTLAND